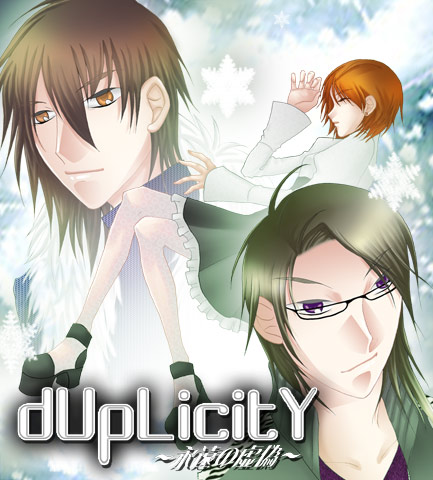 Yukina is a normal 17-year-old girl.
She lives a seemingly ordinary life with her boyfriend, Youji, beside her.
But just like anyone else, she also has a secret.
A deep secret… down in the underground lab…

To call this a demo is not fair. The entire story is there, just truncated. I kind of view this as the teaser or preview to whet your interest for the commercial, longer and more involved version of the game. And it worked wonderfully for me.

Honestly, before I played this game, I wasn't too sure about it. But, once I started playing it, I found it very interesting. Even this obviously shortened version was enough to make me curious about the rest of the story and to see how the plot and characters could be fleshed out more. Even though I got one of the so called 'bad' ends the first time through. I really don't think it was though, it just wasn't overly happy.

Anyway, as this game is free shareware, I would highly recommend it if you like light mystery/sci-fi with your romance.

I don't know how good the commercial version is, because I haven't bought it yet. Once I get some of the other games cleared off my computer, I'll be buying it though.